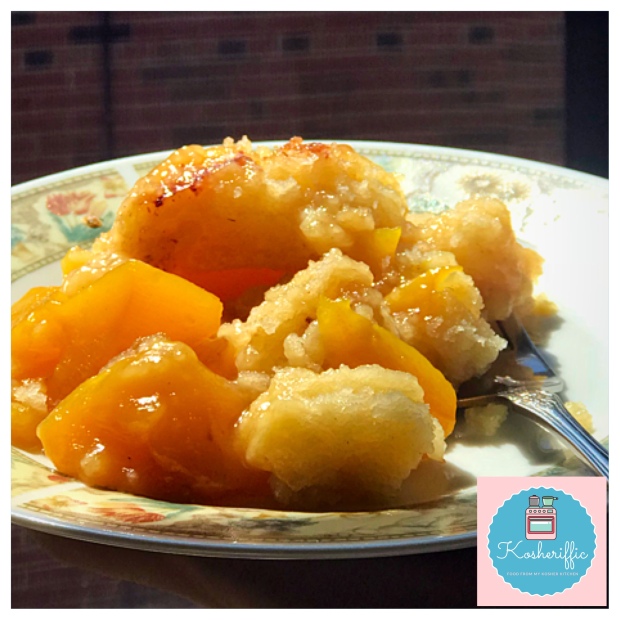 I was asked to do an Instagram story by Kettle and Cord, an appliance store in Crown Heights NY and I couldn’t think of a recipe I could come up with that was different for a slow cooker.

I worked out how to do a Peach Cobbler because in the summer, I hate having to heat up an entire kitchen with an oven. Also, the amount of electricity a slow cooker uses is far less than an oven.

It took a few tries though figure this recipe out, but the end result was awesome.

The key to a great Peach Cobbler is a fluffy cake topping. I achieved this by putting two layers of parchment papers between the lid and the pot. This stops the moisture from falling onto the batter and ruining it.

Simmer over medium heat until thickened

Add to slow cooker and combine with thickener

Beat on medium in mixed until combined

Pour over fruit mixed in crockpot

Put two pieces parchment paper between lid and pot and then cook for 3 hours on high. It will be bubbly when done